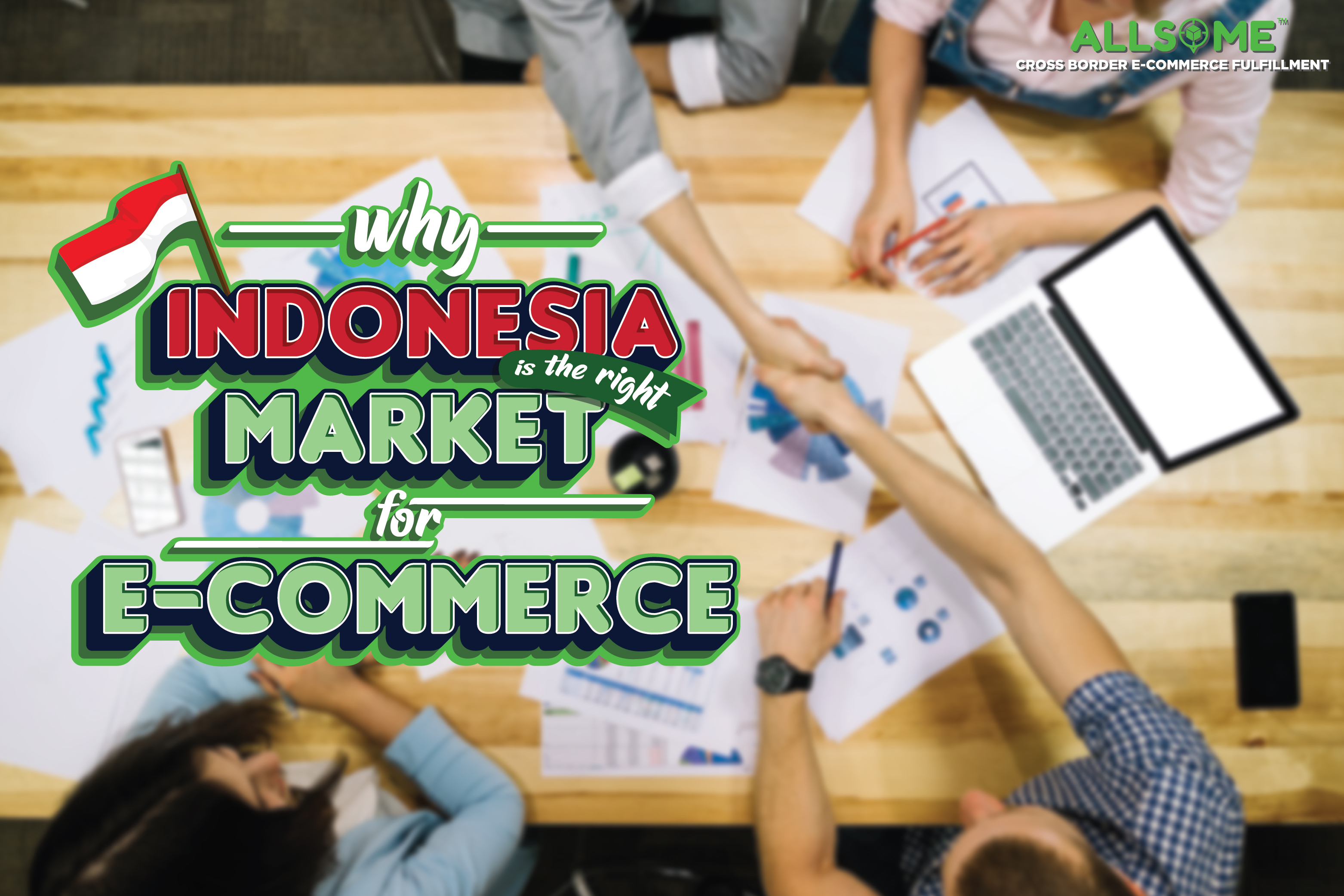 Always wanted to venture internationally but still uncertain if you should make the huge leap? Try Indonesia!

Indonesia has a population of 270 million, being the third most populous nation in Asia, falling just behind China and India. There is an estimation of over 27 million people who prefer online shopping due to its convenience. And, the number is expected to increase to have almost 44 million online shoppers within the next three years. According to the Google-Temasek report, the market may be worth US$53 billion by 2025.

Online sales in Indonesia is only around 4% of Indonesia’s total retail market, with around US$11 billion sales in 2018. And, it is expected to grow and exceed offline retail. The country is also one of the fastest growing e-commerce market in the Asia Pacific region, with a sales growth of 32.9%. 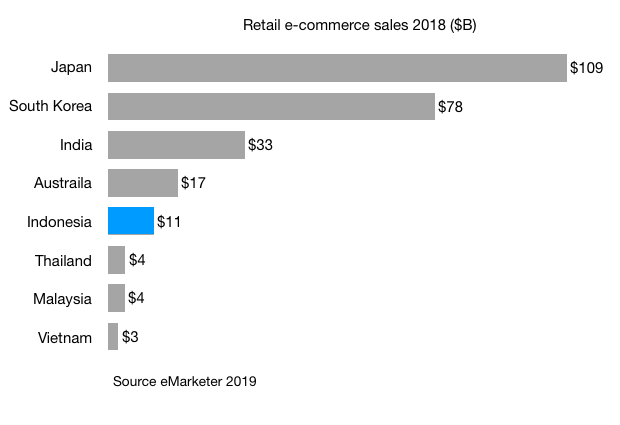 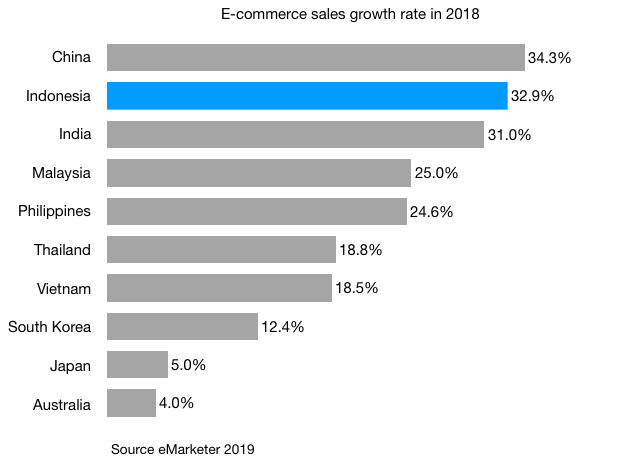 A factor of the rising of e-commerce in Indonesia is due to the increase of smartphone users, causing them to be accessible to the Internet. Almost 75% of Indonesia’s online shoppers use smartphones, surpassing Malaysia (62%) and US (39%).

Besides, e-wallets and mobile online banking also plays a huge role in boosting Indonesia e-commerce. However, 67% of the population still doesn’t own a bank account. So, it’s always encourage to provide a cash-on-delivery option. 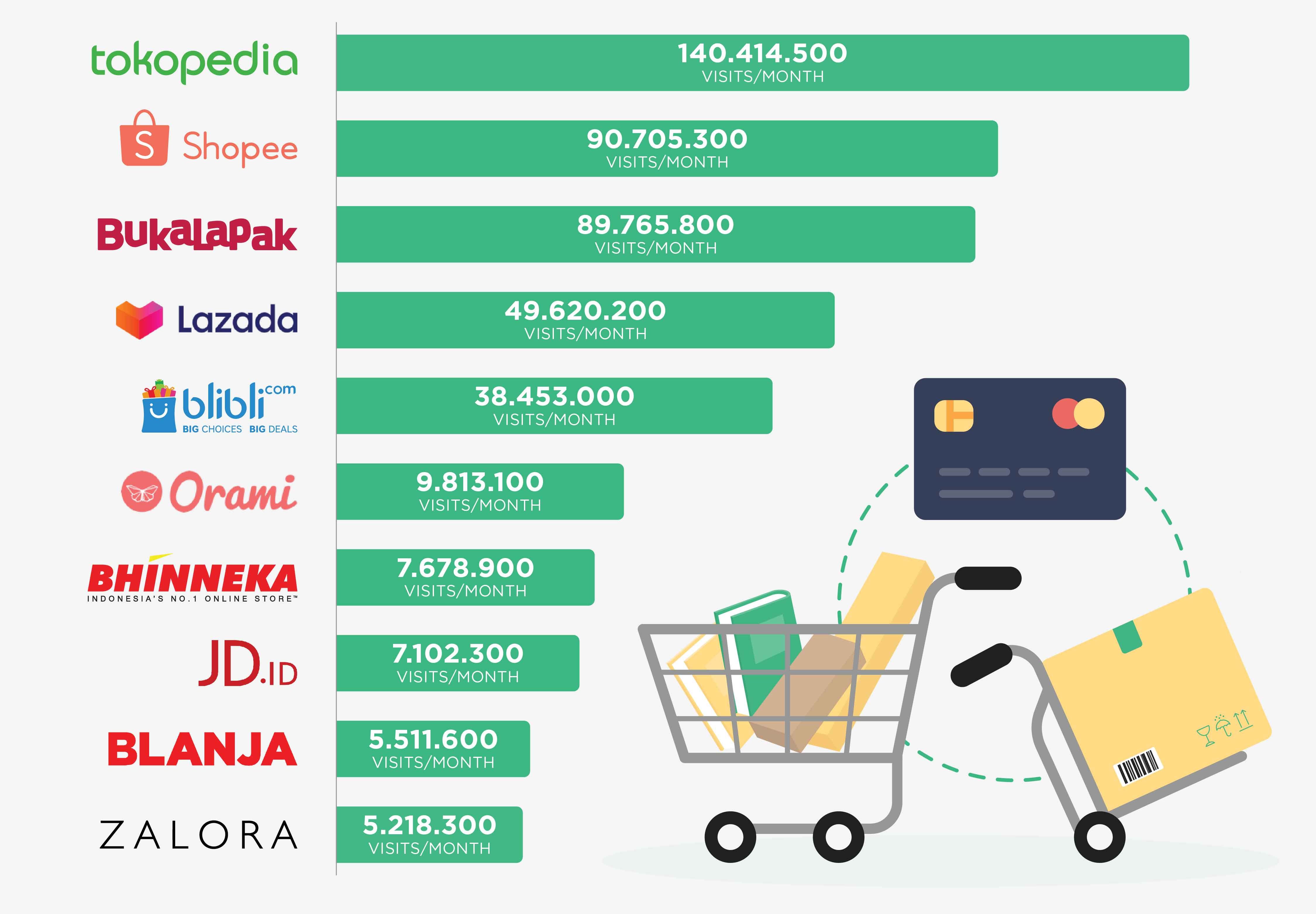 As shown above, the three largest Southeast Asian e-commerce platforms; Tokopedia, Shopee and Bukalapak show a significant number of visits from online users in Indonesia. It also means the Internet users in Indonesia is well-comfortable with e-commerce and online purchases.

What should you do with this opportunity?

You’ve seen the potential, now here’s your chance to hop on the e-commerce train in Indonesia to expand your business! As the market is expected to develop along the upcoming years, e-commerce may be one of the main aspects of Indonesia’s economy in the future.

Want to start an online business in Indonesia? AllSome Fulfillment is ready to store, pick & pack and delivery.

Contact us and enjoy FREE fulfillment, FREE shipping and FREE storage! Click here to let us take the hassle off your hands!

When sending a parcel by courier services, the shipping rate is always based on a certain weight along with the...

Get excited! Facebook has recently announced a new feature called Facebook Shops that allows e-commerce sellers to widen their business to...

Malaysia: How to Choose the Right Courier Service for Your Business

One of the most important aspects that will make or break your e-commerce is logistics. It’s the first physical experience between your...